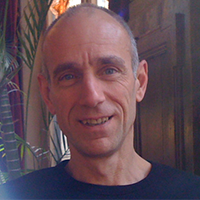 Gratien D’haese is a Belgian independent IT Consultant who is already 28 years active in the Unix world (and with Linux since its invention in 1991). Gratien has a broad experience with Unix/Linux in general, Open Source software, Unix networking and security, big system administration tasks, clustering, consultancy, DevOps (chef, ansible) and project management.

Gratien is quite active in the Unix/Linux Open Source world and is giving talks around various topics since the days of the Belgian UNIX Users Group and other organizations promoting Unix/Linux and the Open Source movement. Gratien is the co-founder and main designer of Relax-and-Recover (ReaR) together with Schlomo Schapiro and Johannes Meixner (both from Germany). This project started in 2006 and the software is part of RHEL, Fedora, EPEL and SLES HA – [http://relax-and-recover.org/]

Gratien is also involved with other Open Source projects, such as “Relax-and-Recover Automated Testing”, Upgrade-ux, Config2HTML, and some more little projects.